Does the geothermal industry have its eyes wide open about what real and sustained oil and gas engagement in geothermal — geothermal energy at oil and gas scale — would look like?
Authors
JAMIE C. BEARD
Date
Dec 09, 2020
Energy Markets
Download PDF
Image 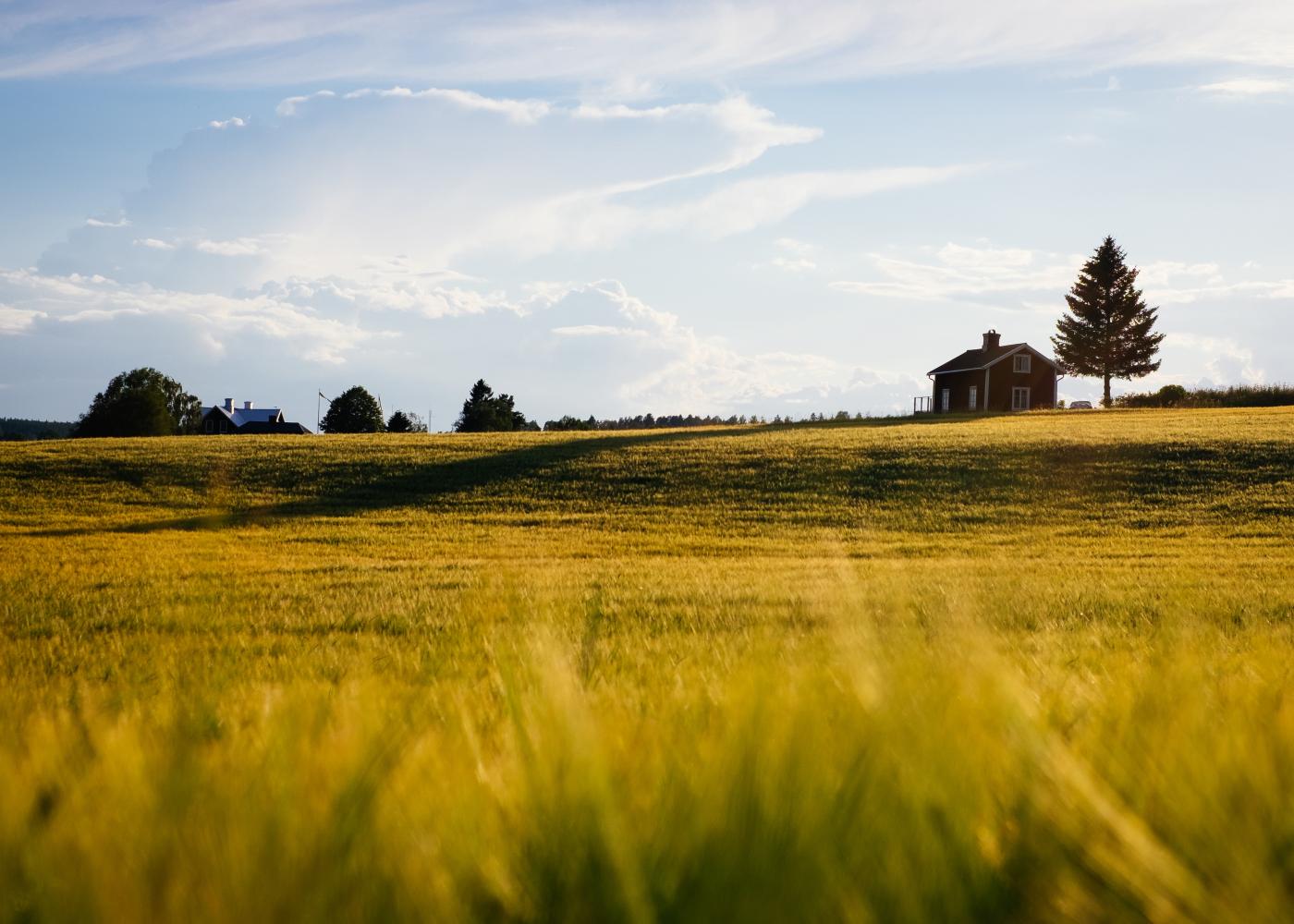 First, let me reveal my bias. I am, at my core, a climate activist — a tree-hugging environmentalist. I have joked  with my oil and gas friends that if I could have strapped myself to an elk to prevent drilling incursions into the Arctic, I would have. My career can be fairly described as a series of attempts to claw my way onto the deck of the hydrocarbon ship and grab hold of the wheel. My latest quest on this journey is recruitment of the hydrocarbon sailors to the cause of geothermal energy. I want oil and gas to flip the switch and pivot from hydrocarbons to heat, a relatively quick and painless way to solve energy and climate change in one shot. I view the oil and gas industry as the most capable and resourced asset we have on the planet to solve climate change, and with geothermal, they can accomplish that end by leveraging what they already know and do.

Everything I do is colored with the hope that this “pivot” will happen within the next decade. I understand that this proposition has complex implications for the geothermal industry itself. So, back to our topic of discussion.

Quote
A primary reason the oil and gas industry has gotten excited about geothermal is that they are increasingly viewing geothermal as globally scalable.

A primary reason the oil and gas industry has gotten excited about geothermal is that they are increasingly viewing geothermal as globally scalable. This concept is a relatively recent development within operators, occurring over approximately the past year at an accelerating pace, driven by an almost industry-wide realization that the enabling technology developments of the frack boom and offshore HPHT plays could directly apply to make geothermal scalable and profitable.

Yes, oil and gas companies have thought about geothermal before, many a decade or more ago, and declined to engage, labeling the entire prospect as “niche.” Some have ventured — “forayed” as they often say — into geothermal projects, only to divest and wash their hands years later, many as the shale boom took off and the grass started to look greener (somewhat ironically) back in hydrocarbons. There are plenty of folks in my inbox who question the longevity of oil and gas engagement in geothermal, particularly given that this interest now (and only recently) coincides with a drastic downturn.

But this time is different. A convergence of factors makes it different. The enabling technologies and bursts of innovation of the past two decades in the oil and gas industry are one piece. Carbon neutrality commitments with clocks ticking and no clear path to execution is another, combined with increasing global climate activism and associated divestment movements. The sudden demand destruction and oil price crash related to COVID-19 has had the unexpected — and of benefit to geothermal — effect of freeing up a lot of the brainpower needed to consider geothermal problems within oil and gas entities. Major IOC “X” is going to try to avoid laying off their star geophysicists and petroleum engineers in a downturn — so many have repurposed key talent toward the geothermal problem set with exciting and fast-moving results.

Oil and gas industry engagement in geothermal isn’t a quaint proposition. In my view, if it happens, it’s not going to be about applying oil and gas technologies; instead, it will keep things business as usual in the geothermal industry.

Some oil and gas companies have begun to consider what it might look like if they were to drill for geothermal energy at the scale they currently drill for oil and gas. To illustrate, instead of drilling an average of 15 geothermal wells per year in the United States, which is the current paradigm, we would be drilling 20,000. Achieving this level of scale would take time, yes — but once oil and gas gets going on well manufacturing — drill the limit — this could mean break- neck speed compared to the current pace of geothermal development.

Where you sit in the geothermal ecosystem likely defines your level of acceptance or suspicion about this concept of “geothermal anywhere” enabled by the oil and gas industry.

If you are a geothermal startup looking to demonstrate or scale new concepts, oil and gas engagement, strategic partnership, and investment likely looks like a resounding win. Plus, you have an exit and relatively near-term payday. In my current role, I have a good deal of visibility into the startup arena and oil and gas engagement, and the past six months have been exciting and exponentially fast.

Geothermal startups at large are not only engaging with operators at an increasing pace, but they are also showing up on acquisition target lists of these companies as they build their internal geothermal strategies.

But let’s consider for a moment a scenario where, within five years, almost every geothermal startup in our global ecosystem has either been wholly acquired or entered into a strategic partnership with an oil and gas company. Would this be considered a win by the geothermal industry at large? I have concluded personally the answer is yes — as long as the oil and gas companies deploy their newly acquired capabilities to quickly and actively develop geothermal projects — but I also acknowledge that the implications are complex. For example, one major obstacle to cost-effective geothermal development that I’ve heard from consistently geothermal industry players is that they have not had access to the latest drilling technologies and techniques for their projects, largely due to undercapitalization and a resulting lack of engagement by large and highly skilled oil service providers. Given this already constrained tech-transfer situation, what if those same oil service providers came to be majority shareholders in a critical mass of innovative geothermal companies?

If you are engaged on the regulatory side of geothermal project development, an area that is frustrating, unfairly slow, and tedious in parts of the world, the oil and gas lobby throwing in on geothermal might sound like an excellent proposition.

Quote
If you are engaged on the regulatory side of geothermal project development, an area that is frustrating, unfairly slow, and tedious in parts of the world, the oil and gas lobby throwing in on geothermal might sound like an excellent proposition.

The same goes for folks who are advocates of increased public funding and subsidies for geothermal. Powerful lobbies are more than welcome, right? But powerful lobbies come with heavy baggage, and the oil and gas industry lobby may be, at least to environmentally conscious folks, the least palatable entity of them all in terms of coming together to push for common cause.

Where this trade off will land is an intriguing area of inquiry. Where the really interesting questions arise, in my view, is where we may have true divisions of loyalty, deeply held hard feelings and cultural disagreements between geothermal industry entities and oil and gas suitors. I’m thinking of the publicly traded companies with significant numbers of environmentally minded shareholders and employees, the industry and industry-associated organizations who may not be keen on mixing their hard- earned reputations with the historical baggage that comes with the oil and gas industry, the employees of geothermal industry entities who may have joined the ranks of geothermal in opposition to oil and gas only to find that they may become oil and gas employees in a wave of acquisitions.

Let’s consider the example of a well-established geothermal industry entity. If you are a legacy industry player with significant intellectual property, valuable holdings, an easily replicable business model, and significant institutional knowledge, you may very well also end up on an acquisition target list in the coming years, should oil and gas decide geothermal is their courtship interest. Even if you are public. Again, the differences in scale between the two industries rise to the fore. The world’s largest publicly traded geothermal company has a market cap of about US$3 billion. Oil and gas operators have a combined market cap exceeding US$1 trillion, with several of the largest clocking well in excess of US$100 billion each, even now, in the midst of a severe downturn. For upper-level management of such companies in the geothermal industry, I think it is worth consideration of how such an approach might be received and what strategies could be put in place to make such a transition/acquisition palatable.

Another interesting twist in human dynamics is the seemingly significant and widespread tension (or, at least, the perception of tension) between geothermal and oil and gas folks. The tension is oft described as “arrogance” or “condescension” in reference to the other — interestingly reported similarly by both sides of the aisle. Given this underlying dynamic, would the geothermal industry find the role of “white knight” by oil and gas companies palatable? This question becomes even more interesting if you back out further and consider the question of NGOs and environmental activists, and their willingness to accept the oil and gas industry as “climate saviors” — propelled to this title by a green drilling boom and geothermal’s social license. Exploring how these dynamics may play out in the coming years within the geothermal industry and making a plan within entities to manage them seems to be a worthwhile exercise. It is certainly an area that I spend a good deal of time pondering.

We are headed for a period of fast change in geothermal over the next decade. For some, it will be experienced as a revolution. For others, perhaps it will be perceived as disruption. But how we plan for and navigate this coming decade will determine not only how fast we go in this transition, but how well stakeholders collaborate with one another and how well we become a team. We will need to create an entirely new culture as we merge two industries, defining boundaries, principles, and commonalities as we go on a shared quest for climate change mitigation, access to ubiquitous clean energy, and profit making. A common enemy unites rivals under a common identity, or so the saying goes. How we manage the details and nuance of uniting two industries in a common cause, I believe, will define our success. Let’s set ourselves up to succeed, one conversation at a time.