Read the winning entry in our 50th Anniversary Storytelling Contest below.
DID YOU KNOW?
Scientists projects that the U.S. geothermal energy will contribute to 10% of the country’s energy by 2050.
My Geothermal Odyssey-1975-2022

My geothermal odyssey began in 1975, two years after the 1973 OPEC oil embargo created global oil shortages.  Two U.K. colleagues and I organized an international summer school at Oxford University on “Aspects of Energy Conversion.” One speaker was E.R. Oxburgh, (now Baron Oxburgh.)  In his lecture and the book chapter I edited, he summarized the technology and global status of “Geothermal Energy,” which at that time produced electric power at Lardarello, Italy and The Geysers in northern California. Lardarello began to sell power in 1913, and PG&E began generation at The Geysers in 1960.  I was impressed by the potential global scope and environmental benefits of geothermal energy.

To generate power at The Geysers PG&E purchased geothermal steam from Unocal, who owned and operated the dry steam field and pipelines for steam distribution.  However, in 1987 steam pressure at The Geysers began a significant decline.  In 1989, after PG&E began litigation against Unocal for steam supply shortfalls, I was PG&E’s economic and grid operations expert witness.  I projected the future decline of the steam field, PG&E’s reduced generation capacity and the future costs of replacement power from the western grid.  I toured the geothermal plants and was impressed first-hand by the advantageous characteristics of baseload geothermal power, especially when compared to the adverse fuel cycle impacts and risks posed by coal and natural gas technologies, which I evaluated as a consultant to EPRI, EPA, DOE and utilities.

By the mid-90s PG&E had 14 generating units in operation at 11 separate sites with a design net installed capacity of 1,224 MW.  However, net annual geothermal electricity generation had decreased from 9.7 billion kWh in 1987 to 4.0 billion kWh in 1995.  Under the mandate of AB 1890 the California Public Utilities Commission (CPUC) encouraged regulated Investor-Owned Utilities (IOU) to transfer soon-to-be-deregulated generating plants to other owners.   PG&E planned to divest 98% of its fossil and 100% of its geothermal assets, requiring a Proponent’s Environmental Assessment (PEA) to be prepared under the California Environmental Quality Act (CEQA).  No CEQA documents had been previously prepared for the sale of IOU power plants.  In 1996 PG&E selected my firm, Van Horn Consulting (VHC), to prepare the required PEAs.  These involved reviewing decades of records provided by engineering firms and PG&E. This was my second significant involvement with The Geysers. 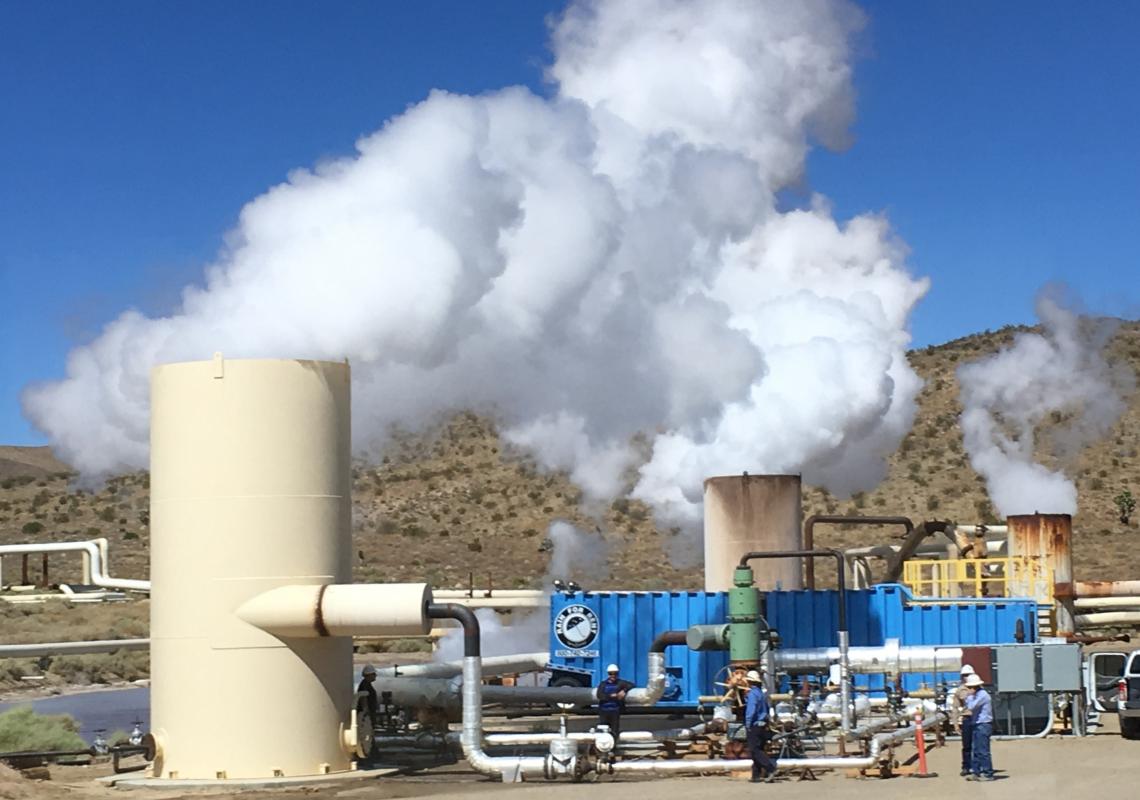 Our CEQA environmental analysis for the sale of PG&E units was based upon reasonably foreseeable changes expected to result from divestiture, in terms of power plant operating characteristics, new construction, repowering or retirement of units, grid operations, a Bay Area NOx bubble, and employment levels in the affected counties.  In 1999 PG&E sold its generating units to Unocal and Calpine.  Unocal then sold its plants to Calpine. PG&E retained equipment related to transmission or distribution.

I further recognized geothermal energy’s value, when I led a national Electric Power Research Institute (EPRI) study in 1998-2000 that developed feasible U.S. strategies to reduce greenhouse gas emissions (GHG) over the next 50 years to 2050. This economy-wide U.S. study emphasized the electric utility sector and was sponsored by twelve major coal-fired utilities. The analysis evaluated carbon taxes and developed “glide path” strategies to reduce GHG over several decades.  Nevertheless, this EPRI report and an April 2000 Congressional briefing was not followed up by the G.W. Bush administration.

My next opportunity for significant involvement with geothermal energy came in 2014, when John Muir, a founder of GreenFire Energy (GFE), invited me to lunch.  We discussed the attributes needed for Closed-Loop Geothermal (CLG) power generation to be successful.  I joined GreenFire’s Advisory Board in 2015 and invested, because GreenFire Energy had assembled an experienced and knowledgeable team to pursue CLG from technical and business/investment perspectives.  The team included Joe Scherer, President and CEO, John Muir, Sr. VP, and Brian Higgins, CTO, who developed innovative designs and configurations for using water and supercritical CO2 (sCO2) as working fluids to produce power from geothermal heat.  CLG employs sealed pipes and does not require fracking.  It also reduces water consumption compared to Enhanced Geothermal Systems.  In 2017 the Coso, California geothermal power plant was selected to demonstrate one of our CLG energy systems.  Under the sponsorship of the California Energy Commission (CEC), the Shell GameChangers program, EPRI, J-Power and with support from the Coso Operating Company, our demonstration project in 2019 and 2020 successfully tested CLG with both water and sCO2. (https://www.greenfireenergy.com/research/) 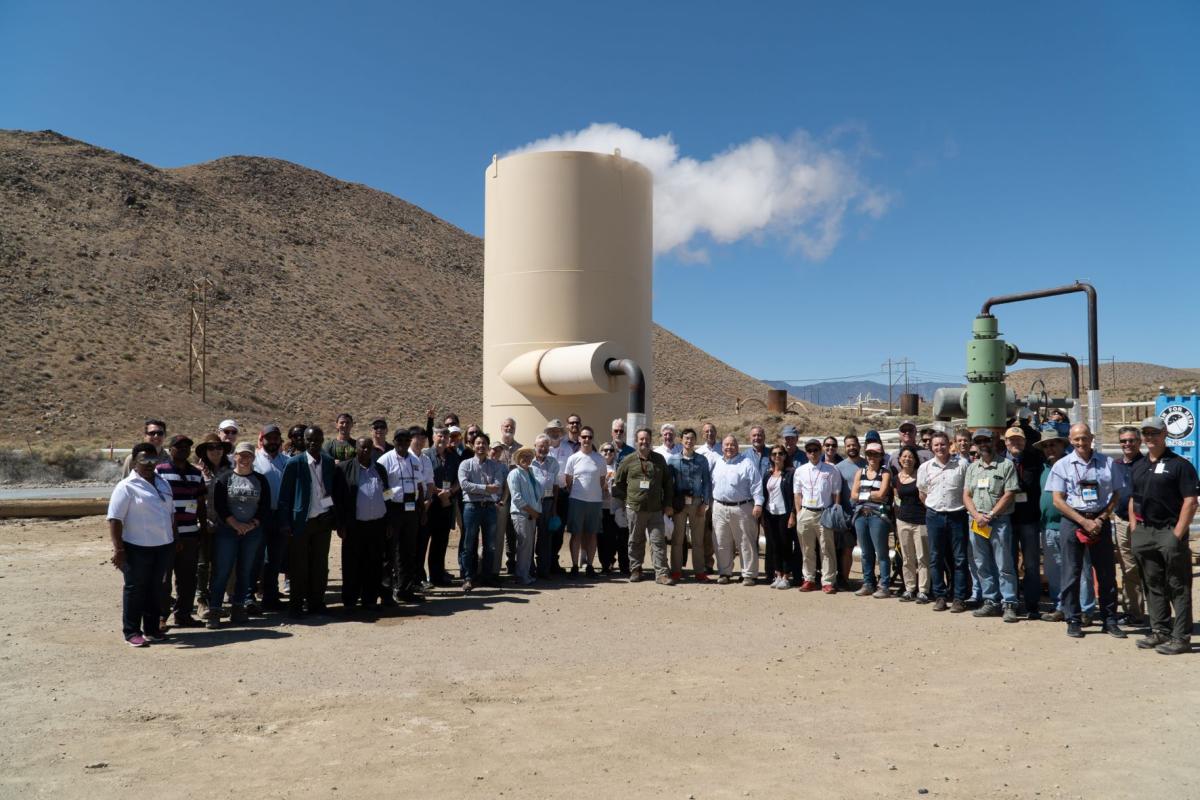 GreenFire Energy then initiated its first commercial projects in Japan and in the Philippines.  In addition to my continuing role on the Advisory Board, I became GFE’s Director of Applied Research in April 2020.  During 2021 and 2022 GFE developed plans to conduct a demonstration of another CLG technology at The Geysers:  GreenLoopTM for Steam-Dominated and Two-Phase Reservoirs (SDGL). The SDGL system was principally designed by Alvaro Amaya, Harish Chandrasekar, Brian Higgins, and Joe Scherer. Working with Calpine, we obtained CEC funding for an SDGL demo that is now in its initial stages (July 2022). This project represents my third engagement with The Geysers, 30 years after the first.

Today, Geysers active installed generation capacity owned by Calpine, NCPA, Silicon Valley Power and Bottle Rock LLC is about 1517 MW, but its net operating capacity is only about 835 MW. Our SDGL test at an existing Calpine well is expected to generate power using an underground heat exchanger, allowing the condensate to fall to reheat and disperse within the reservoir, preserving water in the reservoir.  If successful, new generating capacity can be added here and elsewhere.

In May 2022, GreenFire completed its Series A funding and partnerships with Baker Hughes, Vallourec, Helmerich & Payne and others.  With this infusion of expertise, I became GreenFire’s Director of Energy Policy and Markets.  GreenFire Energy can now develop projects around the world to provide reliable, resilient, clean geothermal energy.  Moreover, our patented geothermal systems will help reduce global greenhouse gases and will enhance international energy security. Thus, my geothermal odyssey that began in 1975 continues today.

Thank you to the sponsors of our 50th Anniversary Contest!