A Clash of Civilizations? 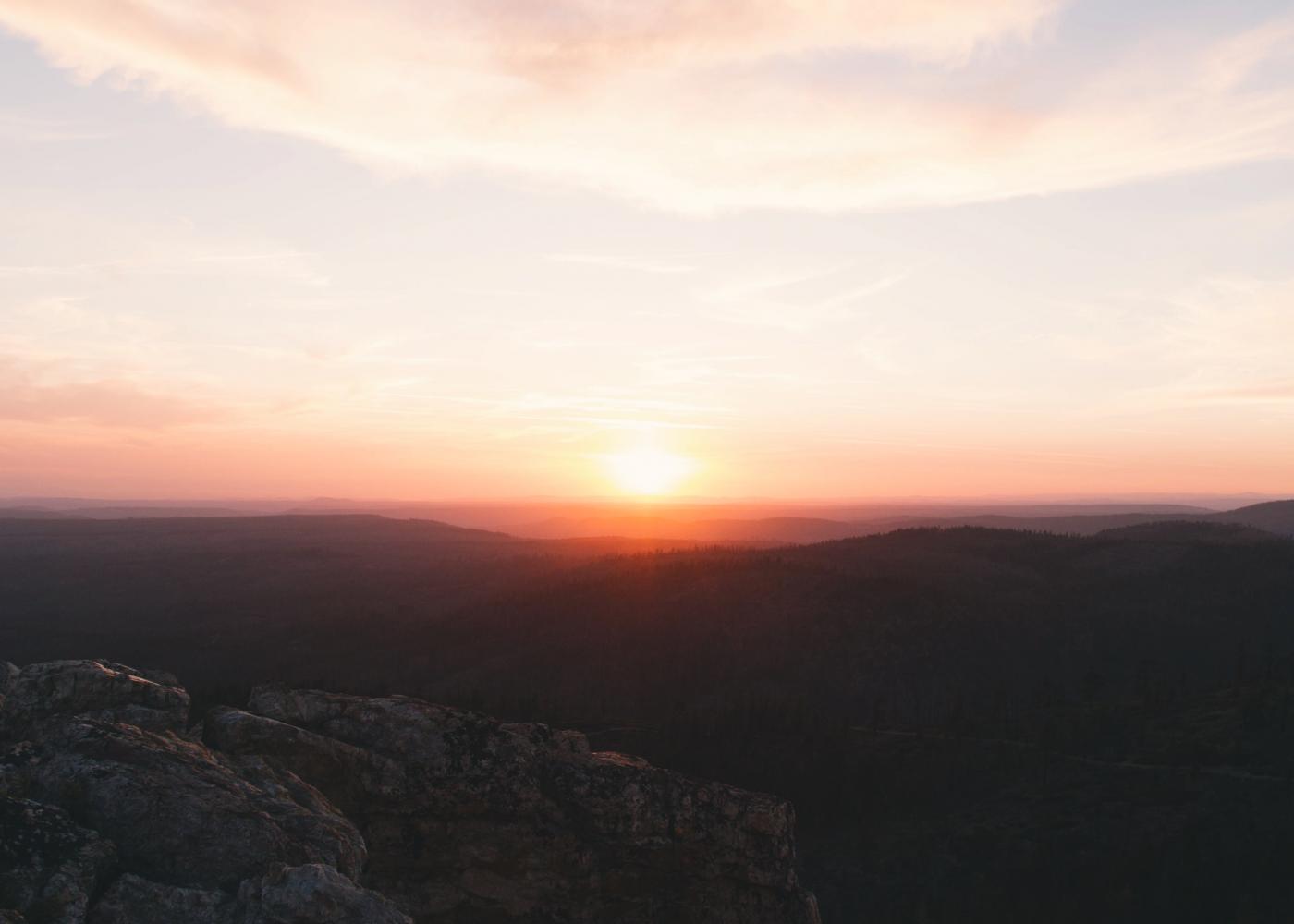 Quote
You can best serve civilization by being against what usually passes for it.
Attribution
Wendell Berry

If you've worked in the geothermal industry for a decade or more, you’ve invariably spent large chunks of time in out of the way places.  And to get to these places generally required hours of driving with colleagues whose company ranged from surprisingly enjoyable to never-ending.  A great conversation topic that lets the miles roll by is ranking the best highway drives. Which routes would you recommend to others for the scenery alone?

Over the years I have developed a strong bias for most roads west of Denver.  A favorite drive is out of the Mojave desert, north on CA Route 395 as it hugs the eastern Sierra Nevada en route to Reno and beyond.  Stunning sites almost everywhere on this frequently undivided road include imposing granite walls of the >10,000 foot Sierra Nevada, high alpine meadows and pine forests near Mammoth Mountain, and the expansive Mono Basin centered on Mona Lake with its nearby young volcanic landforms and iconic tufa towers (Figure 1). Just west of Mono Lake is Tioga Pass, the back door to Yosemite National Park. And east of that is 1,000 miles of broad, windy and barren deserts of the Basin and Range province. 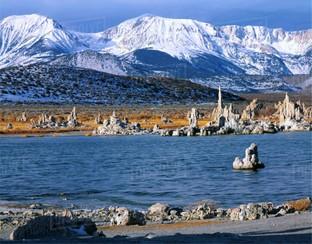 Caption
Figure 1. Mono Lake with high Sierras in background to the west. The white pinnacles in and around the lake are tufa towers.

A nondescript portion of Rte. 395 where no one stops for pictures is about 30 minutes north of Inyokern, California, several hours south of Mono Lake. Rose Valley is bordered to the west by the southern end of the high Sierra and to the east by a low set of hills and mountains, difficult to see at 75 miles an hour, called the Coso Range. A little appreciated fact is the Coso Range has been a focus of civilizations for millennia.

The densest accumulations of rock art in North America exists in the Coso Range.  These mountains are also home to the Coso volcanic field.  Archeological investigations of petroglyphs and associated features demonstrate that aboriginals probably came to this region over 13,000 years ago. They lived in small settlements, were largely nomadic and came and went over time. Nothing is known about their cultures or how they lived beyond inferences made by archeologists from artifacts found and studied. A common thread over these thousands of years of is the fixed location of the rock art.

Features that seem to differentiate this “lakes country” of 10,000 years ago and the contemporary desert southwest from almost anywhere else are the young volcanoes and nearby hot springs. Most of the Coso Range rock art is concentrated in the 4.0-2.5 Ma basaltic andesite flows just east of the <1.0 Ma Coso volcanic field (Figures 2 and 3). Some archeologists argue that this rock art was the product of shamans who acted as spiritual leaders of their people.  Others suggest that the rock art may have played a more functional role because of the abundance of hunting images including dietary staples like antelope and sheep.

Regardless, the ground was important if not sacred to these aboriginals.  They remain an integral part of contemporary religious and spiritual practices among tribes of the region.

Caption
Figure 2. Looking east over a Coso geothermal field pipeline to dark brown, faulted and incised lava flows. Most Coso Range petroglyphs are in these flows.

Thousands of years after these rock artists departed, the Navy identified this region as an ideal place to test weapons and established the China Lake military base in 1943. Hundreds of thousands of acres of mostly unpopulated rangeland in a desert that experiences clear skies year-round was ideal for their purposes.  By the early 1970s, after a decade of working at the China Lake as a shape charge expert, Dr. Carl Austin enticed the Navy to enter into a contract with a private company to develop what Austin speculated was a large geothermal reservoir situated within the Coso volcanic field.  It is speculated that these landforms and associated features attracted these first people well over 10,000 years earlier.  They continue to attract us albeit for different reasons.

This relatively unknown and easily bypassed piece of ground in the Mojave Desert has served as a nexus of different civilizations for over ten thousand years. To say that all were drawn by the landscape may not be too far off the mark. Available food and shelter, especially during post-glacial pluvial periods, was also a draw for the earliest civilizations. The vastness of the landscape was an attraction to the military but they had little use for the volcanic field and associated features until its potential, energy-producing value was pointed out in the 1970s when all Americans, including most politicians, knew that clean, renewable energy and energy independence were worthwhile pursuits. Decades later, many current American politicians no longer know this. 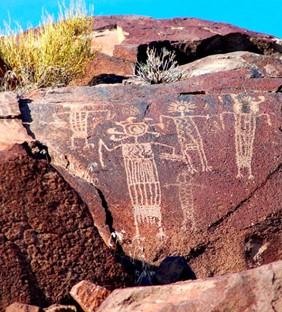 Civilizations often discount if not purposefully destroy traces of prior civilizations. Fortunately, this is not the case in the Coso Range. The rock art of the Coso Range is well known among local Native Americans and archeological communities.  But this work, much like the obscurity of the Coso Range along CA Rte. 395, is little known elsewhere. As it turns out, the Navy base at China Lake is off-limits to visitors. Consequently, much of the culturally-rich ground within the Coso Range, especially in and around the Coso volcanic field, remains untouched and has therefore been preserved since at least 1940s when the base was created. While some may not care for the existence of large military bases, an ironic aspect of their presence is that the land they maintain is cleaner and better preserved than most other public and private lands in the western U.S. outside of State and National Parks.  They maintain a minimal footprint and do what is necessary to clean up after themselves. Similarly, while production from the geothermal field has modified fluid levels and pressures within this active hydrothermal system, the heat source, the fracture networks and the surface hydrothermal manifestations still exist and will be there long after the military and any geothermal operations have moved on. Local tribes are the only people still allowed into the sacred Coso Hot Springs which they visit periodically for spiritual and religious practices.

Do civilizations that occupied the same obscure piece of ground have anything else in common? Would a comparison of these civilization be instructive or offer any value? These indigenous peoples carved rock art with rudimentary tools.  We can access all human knowledge on a phone.  They thrived for thousands of years and were governed by shamans.  Many leaders of our highly educated, post-WWII civilization are putting all living matter on the planet in grave danger today by ignoring science (and logic and reason and…) to put a few dollars in their pockets. Maybe civilization is not the best term for one of these groups.

We know little about these ancient cultures, how they interacted and treated one another, and even whether or not they were bellicose and waged war. But we do know such things about ourselves.  A deeper inspection of past civilizations may not teach us how to thrive in and honor the same place for 10,000 years.  But it may help us make it to tomorrow.  That would be a big step. There is much to learn.